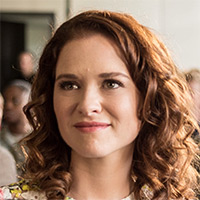 Born and raised in Stony Brook, Long Island, Sarah Drew knew she was destined to act since the age of five when she performed in a school play. She earned her B.A. in Theatre from the University of Virginia. Her stage roles include “Romeo & Juliet” at Princeton’s McCarter Theater and the Broadway production of “Vincent in Brixton.” From there, she was cast in her first TV role, a two-year stint on “Everwood." After numerous guest-starring roles in acclaimed series, in 2009, Sarah joined the cast of ABC’s award-winning series “Grey’s Anatomy” where she portrayed Dr. April Kepner for nine years. Currently, she is Cagney on the CBS pilot “Cagney & Lacey.” Sarah’s film credits include Moms’ Night Out, Radio, American Pastime, and Tug. Sarah and her husband reside in Los Angeles with their rescued dog, Lucy, and their son, Micah. 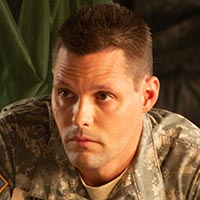 Justin Bruening was raised in the small town of St. Helena, Nebraska (then-population of 85). Following his time college, Justin moved to San Diego, where a talent scout discovered him at a restaurant. Within months, Justin landed a campaign for Abercrombie & Fitch. Soon afterward, he landed a Britney Spears music video, and started studying acting. That led to a role on “All My Children,” where he met his wife, co-star Alexa Havins. He was cast as the lead in the reboot of the series “Knight Rider.” Other key roles include on “Grey’s Anatomy,” “Ringer,” “Switched At Birth,” “Ravenswood,” and “Hawaii Five-O,” as well as the upcoming film He’s Out There. Justin resides in the suburbs of Los Angeles with his wife and three children. 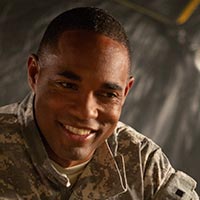 Jason George is an actor with more than 50 guest star and 10 series regular television roles to his credit in primetime television, including his current lead role as Dr. Ben Warren in the “Grey’s Anatomy” spinoff, “Station 19.” He had previously been on “Grey’s” for eight seasons. A college friend coaxed Jason into taking an acting class where he discovered his true calling on the stage. Jason beat out 14,000 hopefuls in a nationwide search and landed his first major acting job on Aaron Spelling’s “Sunset Beach,” for which he would be later nominated for an Emmy®. He has also appeared on “Mistresses,” “Eve,” and “Eli Stone,” along with the film Playing The Field. His most recent stage work was in the well-received Pasadena Playhouse production of “12 Angry Men.” 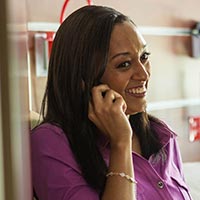 Tia Mowry gained initial fame in her teens starring opposite her twin sister in the hit comedy, “Sister Sister.” Her work on the series won her two NAACP Image Awards for Outstanding Actress in a Comedy Series, and three Kids Choice Awards for Favorite Television Actress. After the series, Tia attended Pepperdine University where she graduated with a Bachelor's Degree in Psychology. She has authored or co-authored a number of books including, Oh Baby!: Pregnancy Tales and Advice from One Hot Mama to Another; the young adult series Twintuition; and the Whole New You cookbook. In addition to her Cooking Channel show “Tia Mowry at Home,” she is also known for hear leading roles on CW/BET’s hit show “The Game” and the Nickelodeon series “Instant Mom.” Tia lives in Los Angeles with her husband, actor Cory Hardrict, and her son Cree Taylor. 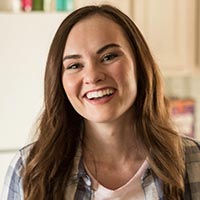 Actress Madeline Carroll starred in I Can Only Imagine alongside Dennis Quaid and J. Michael Finley. The film is Roadside Attractions’ highest-grossing film ever. In 2008, as a 12-year old, Madeline received her big break starring opposite Kevin Costner in the feature film Swing Vote. Her other film credits include Machine Gun Preacher, The Magic Of Belle Isle, Mr. Popper’s Penguins, Café, The Spy Next Door, Santa Claus 3, When A Stranger Calls, and Resident Evil: Extinction. Madeline was raised in Los Angeles and began modeling when she was 3 and acting shortly after. She is active in Zoe International, a non-profit Christian organization that rescues children from child prostitution, and she volunteers at The Dream Center, feeding the homeless. 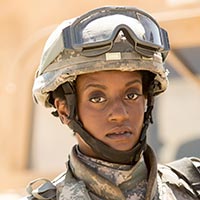 Skye Marshall is an Air Force veteran and a classically trained actress and dancer. Skye can be seen as the dynamic Kara Fowdy on the hit CW superhero series, “Black Lightning.” Other television guest roles include “NCIS,” “Major Crimes,” “Grey’s Anatomy,” “Public Morals,” “Dexter,” “The Mentalist,” and “Shameless.” Skye starred in the Lifetime biopic about Toni Braxton, Unbreak My Heart, as well as Beyond Deceit and Let’s Be Cops. Skye resides in Los Angeles, where she continues to train under Lesly Khan while building on her comedic training from Second City in Chicago. 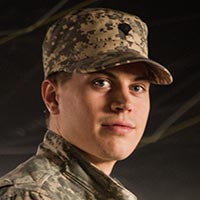 Tanner Stine is an actor from West Des Moines, Iowa who lives in Los Angeles. He is known for his role as the young Tony DiNozzo on the CBS hit series “NCIS,” as well as for his recurring role on Nickelodeon’s “The Thundermans.” His recent projects include feature films Run The Race and Get Big. Tanner can also be seen in the upcoming YouTube Red series “Impulse,” and the new HBO show “Here and Now.” 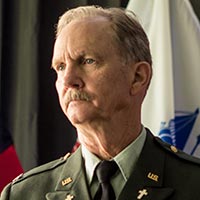 Michael O’Neill has been in a number of films, including Dallas Buyers Club, J. Edgar, Green Zone, Transformers, Secondhand Lions, Sea Of Love, Clemency, and Seabiscuit. He recently completed TV roles in “Scandal,” “S.W.A.T,” “The Romanoffs,” and “The Resident.” Previous memorable television appearances include: “NCIS,” “Grey’s Anatomy,” “Sons of Anarchy,” “Leverage,” “The Unit,” “Extant,” “Bates Motel,” “11.22.63” and “The West Wing.” A native of Alabama, Michael earned an Economics degree from Auburn University before beginning his acting career. Michael is married to Mary O’Keefe O’Neill, and they have three wonderful daughters: Ella, Annie and Molly. 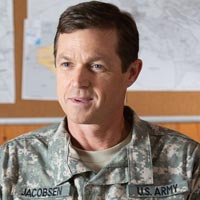 Eric Close stars on the hit show “Nashville” as Mayor Teddy Conrad. He starred for almost a decade on the hit CBS series “Without a Trace” and before that, in “Now and Again.” He was also the lead in the series “Chaos.” Eric plays the recurring role of lawyer Travis Tanner on the acclaimed USA series “Suits.” Among his many other credits include “Dark Skies,” “Hercules,” and the Golden Globe-nominated mini-series “Taken,” from executive producer Steven Spielberg. His feature films include Saving Angelo, Alvarez & Cruz, Liberty Maine, The Sky Is Falling, Taking Liberty, and American Me. Eric graduated with a B.A. in communications from the University of Southern California. He and his wife Keri have two daughters, Katie and Ella, and they all love philanthropy and traveling the world. 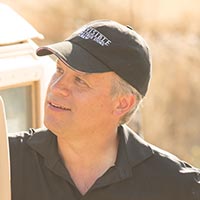 A native of Bentonville, Arkansas, David Evans began shooting homemade films at age 12 with his brother on their parents’ Super-8 camera. David attended Southwest Baptist University, where he produced large-scale events and productions. After graduating from Southern College of Optometry in 1994, he settled in Memphis and produced an original Passion Play at Calvary Church with a 40-member cast. Fifteen years later, the annual, original play requires cast and crew of more than 250 people, with huge sets, hydraulic lifts, computerized lighting and exotic animals. In 2008, inspired by other faith films, David produced and directed the feature film The Grace Card. The movie was released in theaters is 2010 and starred Academy Award® winner Louis Gossett Jr. INDIVISIBLE is David’s second film. He and his wife Esther live in Memphis, Tenn. and have three sons: Houston, Matthew, and Garrett. 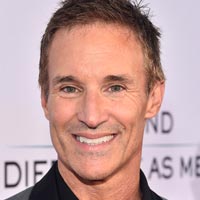 Darren Moorman is the founding partner of Reserve Entertainment. Darren has worked alongside industry leaders including MGM, Lionsgate, and Paramount Pictures producing more than a dozen films, including Sensation of Sight, The Fifth Patient, and Unconditional. Darren recently produced an adaptation of the New York Times’ bestselling book Same Kind Of Different As Me with Paramount Pictures, which starred Renée Zellweger. He is currently in pre-production on Season 2 of the TV series he created and executive produced called “Pop Culture Quest with Mark Hamill.” He also produced another feature film in post-production called Run The Race. Darren lives in Pasadena, Calif. with his wife and two boys.